A former chief judge for the Northern Cheyenne Tribal Council has been sentenced for her role in an illegal ticketing scheme that collected fines from truck drivers who were speeding on the reservation.

Brady pleaded guilty to one count of wire fraud in U.S. District Court in Billings in December.

The scam collected $24,000 from truck drivers over a three-year period, from 2014-2017. According to court documents Brady helped set up an enforcement initiative to stop commercial truck drivers from speeding on Highway 212.

Truck drivers who were speeding were offered the option of making a $250 donation rather than paying the standard $125 ticket. Brady then deposited the donation money into a separate account which she had made and controlled.

Tribal court officials told the truck drivers the court would dismiss the ticket if they opted for the donation, so it would not affect their driving records. According to court filings, this deal wasn’t offered to other drivers.

The money that was deposited into the donation fund was not disclosed to the tribe’s finance office as required by tribal law. Tribal law enforcement is not allowed to impose fines on anyone who is not a Native American tribal member in criminal matters on the reservation, therefore the fines collected were illegal.

Court documents indicate that some of the money was used to benefit Brady, court employees who were loyal to her, and their families.

Brady must serve three years of supervised release once she finishes her prison sentence. 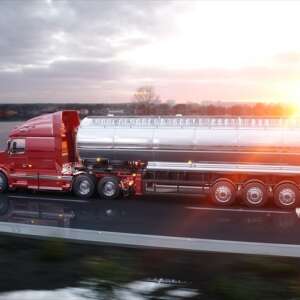 Why choose a certified freight broker