On Monday, Plamen Dimitrov Nenkov, 55, Katya Ivanova Nenkova, 51, and Biser Emilov Popov, 52, were arrested by the Collier County Sheriff’s Office on charges of using false information to obtain a driver’s license and perjury.

Police say that all three people presented phony proof of residency documents with Collier County addresses when each applied for a driver’s license at the Florida Department of Motor Vehicles Office.

The three were arrested as part of a larger Collier County Sheriff’s Office investigation into 50 other suspected cases of driver’s license fraud.

According to a news release from the Collier County Sheriff’s Office:

“In recent weeks DMV offices in Collier County have reported an unusually high number of out-of-state foreign-born nationals seeking a reciprocal Florida driver’s license. Immediately upon receiving their license, these individuals took a computer exam for a Class A commercial driver’s license using similar appearing documents to provide proof of residency in Collier County. Florida requires CDL applicants to be state residents. Detectives say individuals are coming to Florida to obtain a CDL for jobs elsewhere because it is less difficult and less expensive than other states.“

Nenkov and Nenkova were arrested after the Orange Blossom DMV alerted the Collier County Sheriff’s Office to suspected license fraud in progress.

“Nenkov and Nenkova told detectives they are married and that they were born in Bulgaria and immigrated to the U.S. a few years ago. They said they had arrived in Florida the night before from Arizona. When detectives asked the couple if they lived at the Collier County address listed on their proof of residency documents, they said they did not. Detectives also contacted the current resident and property manager who confirmed the couple didn’t live at the address. The couple also lied on affidavits they signed stating that the information they provided was true and correct,” police said.

During the investigation into Nenkov and Nenkova, detectives were alerted to another case of suspected license fraud at the Orange Blossom DMV involving Popov, who is also from Bulgaria.

“Detectives determined Popov was not involved in the fraud involving Nenkov and Nenkova. However, a review of his driver’s license history revealed similar patterns of fraud that detectives were investigating. This included providing proof of residency that was similar in appearance, foreign born from Bulgaria, testing for the commercial license, and use of mail for proof of residence that was similar to the 50 other potential fraud cases. Detectives found Popov did not live at the Collier County address listed on his proof of residence document. They also found Popov lied on his affidavit,” the sheriff’s office said.

Nenkov, Nenkova and Popov were arrested and booked into the Collier County jail. 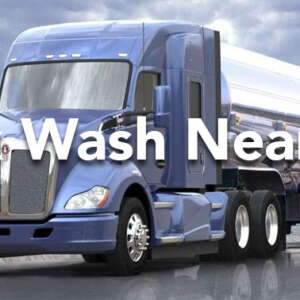 Tank Wash Near Me